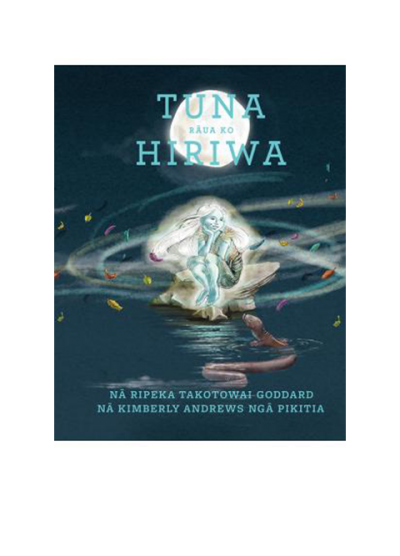 This picture book tells the story of how the tuna got its silver belly but forever had to live in the dark depths of the river.

Tuna is in awe of a nymph, Hiriwa, that glows and dances along the river bank in the moonlight. Night after night, Tuna meets Hiriwa and basks in the moonlight, hoping that he will also glow, but he remains the same. Disappointed, he hatches a plan to take Hiriwa’s light. But the moon sees what Tuna does, and in her anger, she prevents Tuna from swimming in her moonlight ever again. 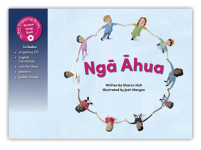 Join in the fun and make up your own actions to this book about shapes and body parts.

This science fantasy novel in te reo Māori follows four teenagers living on Rēhua, a planet settled after Earth is... 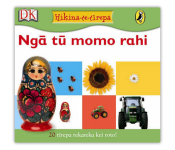 A fun book about a sticky problem.